The island of Malta, located right in the middle of the Mediterranean Sea, is a mixture of all things in the area. The architecture and much of the culture is North African in style, yet the religious culture is heavily Roman Catholic. As we have been Worshiping the Lord, we have been praying for Malta in its significant location, to be like a lighthouse for the region's revival. The evangelical community is small, but several have been meeting with us in the Prayer House each day.

We have been staying with Ben & Eve Passmore, who run the Malta House of Prayer with a vision to see all the evangelical Christians coming together in prayer for the island and its neighbors.

We were blessed to use a vehicle to make the perilous journey into Valletta, once we were able to remember the confusing route! Other times we used the bus system, which is very cheep, but just as perilous - some of the buses that almost 50 years old!

In a typical day, we would get to the prayer room at around lunchtime, and pray in the afternoon with the OM team. We were anything from about 5 to 16 in number, as people came and went at different times. The evening meetings usually included local believers, and was often larger, and we had music. A few time, Jo and Nigel stayed for the night with others, praying for the needs of the Transform 2010 teams around the Mediterranean sea.
Posted by Daddy at 3:29 PM No comments: 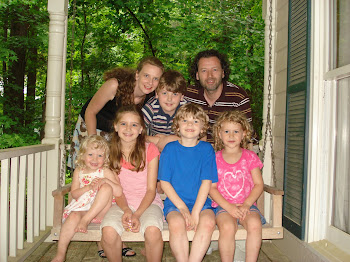